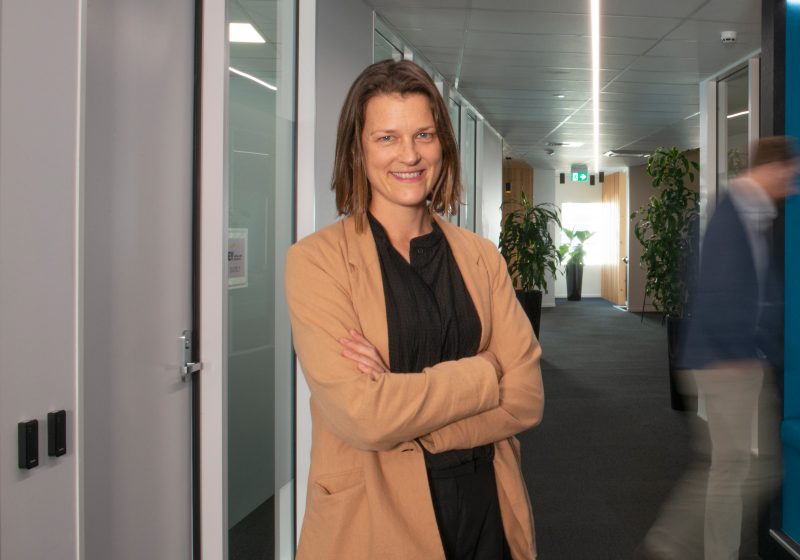 Quayside welcomed Annabelle to the team on a fixed term contract to cover the Legal & Risk portfolio whilst our resident specialist is on parental leave.   Making the move back home from Sydney, which was home for the last six years, was all part of the plan – the beautiful Bay of Plenty, family gatherings and that sometimes elusive work/life balance were all calling!

Married to Mathew and Mum to Sienna and Ollie, Annabelle is one of five children of Polish and Ngāi Tahu descent; her siblings are scattered around Asia, Australia and New Zealand.  Annabelle says the pull of reconnecting with New Zealand after 15 years and seeing her tamariki begin to soak up the tikanga of te Ao Māori, has been amazing.

Having recently purchased their first home in NZ, the family will be hitting the beaches for a surf and BBQs this summer, getting settled into their new life and embracing the outdoors.

With a Bachelor of Law and Management Studies from the University of Waikato, along with experience with Goldman Sachs in Auckland, Annabelle headed to London in 2008.  For the next five years she worked as In-house Legal Counsel for fixed income investment organisation, BlueBay Asset Management.   She admits to living life to the full during this time – working long hours but immersing herself in everything that Europe offered – travelling, eating, sightseeing and adventures.

After making the break back to the Southern Hemisphere and settling in Sydney, Annabelle took on roles as legal counsel for private wealth, investment and fund managers, including Maple-Brown Abbott and the Westpac Group.

Annabelle loves working with people who are good at what they do, getting involved in some interesting projects that require some out-of-the-box thinking.  She definitely appreciates a bit of banter in a fun environment, and people who don’t take themselves too seriously.

We’re chuffed to say she reckons Quayside fits that bill nicely and we love having her working with us.