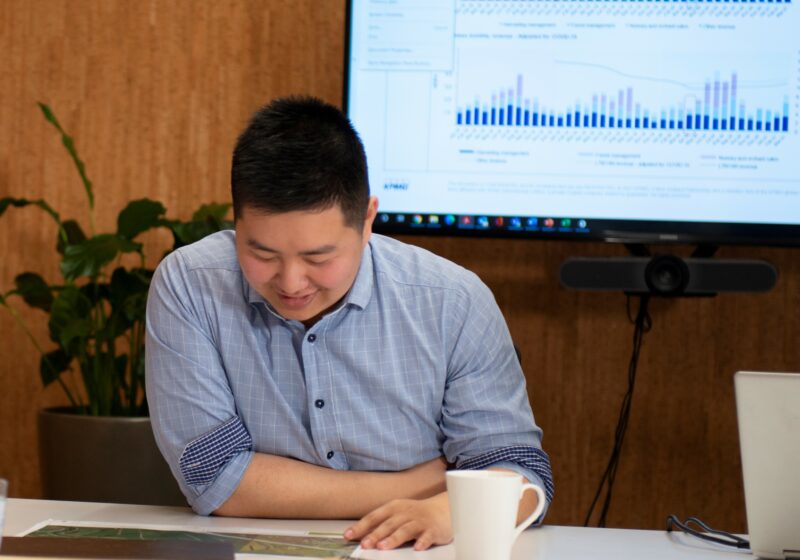 Zi Yuan’s thirst for information and his ability to retain information makes him an interesting and entertaining lunch companion at Quayside’s kai table.

The youngest of three, his family immigrated to New Zealand in 2006 when Zi was nine years old.   Zi’s parents, both professionals in Malaysia, had embarked on a road trip around Australia and New Zealand in the years prior, looking for a place to raise and educate their children – a better way of life.

Zi attended Mount Roskill Primary School and later Mount Roskill Intermediate & Grammar School – he had learnt English during his early years in Malaysia so adapted to life in New Zealand well.   He had an early interest in economics, finance and investment.  He entered Auckland University on a double degree in Civil Engineering and Commerce.   He spent two summers working for Tonkin & Taylor as an intern and took up a graduate role at PwC in the financial derivatives team after finishing his degree.

Zi is curious and aims to understand as much about the world as possible.  When an opportunity to work somewhere outside the box came through an old university pal – he jumped at the chance to work with us here at Quayside in Tauranga. 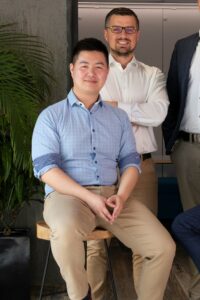 Ask Zi a year down the line what he likes about his choice – he’s quick to state it’s the banter, the freedom to grow and the ability to express ideas and opinions that makes working with the Quayside team enjoyable.

You won’t find Zi engrossed in a Stephen King or a James Patterson novel – he is more about history, science and investment.  Ask him about the economic crisis of 1987 or the dismantling of what was Yugoslavia – he’d be quick with a summary.  Being the avid reader and student, he warrants Warren Buffett as one of the greatest teachers of all time, acknowledging not only the success of his approach to investments but also the humble manner in which he does.

Zi dabbles a little bit with Sharesies, loves to play badminton, watch sport and cook. He has many interests outside of work including urban planning.  Zi hopes that one day, New Zealand’s cities can be as efficient as gold standards such as Amsterdam.

In the meantime, our Quayside crew continue to banter over lunch with Zi where we all learn random facts that stand us all in good stead for the next Trivial Pursuit game!

Back to News + Media
Previous Post
Our Rachel – Compliance and Governance Administrator Who Ensures There is Never a Dull Moment!
Next Post
Media Release: PF Olsen and Quayside announce investment partnership
Menu