In 2008, on behalf of Bay of Plenty Regional Council, Quayside raised $200 million through Perpetual Preference Shares. Council elected to utilise part of these funds to create the Regional Infrastructure Fund, providing the ability to significantly transform the region’s economy. Bay of Plenty Regional Council identified the four key regional infrastructure projects for investment, in each case providing the catalyst for significant additional investment. The following two completed projects have benefited from Regional Infrastructure Funding:

$5 million towards the development of the Vessel Works marine precinct in Tauranga, which saw an additional $6.4 million contributed by Tauranga City Council to complete the project. The first stage of this state-of-the-art marine business park opened in August 2018, including a 350-tonne travel lift and 6,300m² of hard stand. Over time, the marine precinct is forecast to create around 200 new jobs and nearly $50 million in revenue, as well as adding substantial value to New Zealand’s marketability for high-end marine refit services provision. 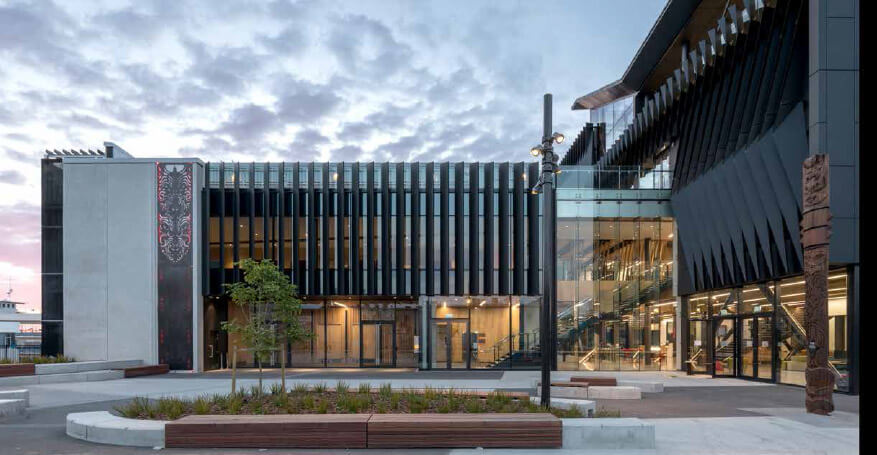 $15 million towards the establishment of the University of Waikato-led tertiary campus in Tauranga’s city centre, with the aim of delivering programmes of study focusing on innovation. This contribution subsequently saw a matching investment from TECT and the gift of the land for the campus in perpetuity from Tauranga City Council. The iconic $55 million campus welcomed its first students in early 2019, with the building’s design, the significance of its cultural artworks and new programmes of study providing a sense of pride for the community. Including the build, the campus was predicted to generate $133 million in regional revenue and provide over 600 new jobs. It will also significantly revitalise the city centre and strengthen the business case for other projects such as the development of an international hotel and conference centre and student accommodation.

Funds were also applied to environmental infrastructure within the Bay of Plenty to provide significant regional benefit. This included a number of new wastewater systems in the Western Bay and Rotorua catchments, flood management in the Eastern and Western Bay catchments, including stop banks at Whakatāne, as well as extensive lakes restoration in the Rotorua catchment.