Sam Newbury – our Investment Manager and his famous dog 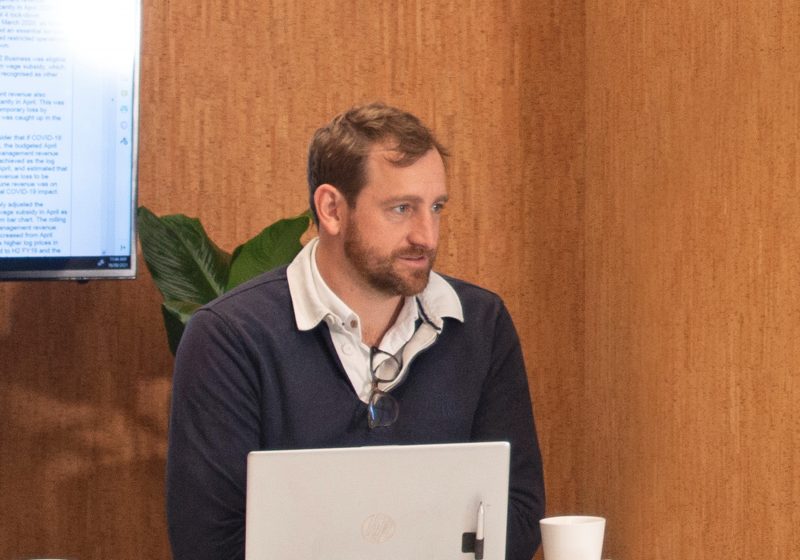 Sam is our resident Aussie, which makes for good banter in the office all year round.  Despite the strong trans-Tasman rivalry between the two countries, this has never restricted Sam in his role as Investment Manager for Quayside, who says that building relationships with both advisors and investee companies is a key driver of his enjoyment and success in the role.

Sam relocated to Tauranga in 2017 looking for a sea change; with a keen interest in surfing, fishing and the outdoors, he hasn’t looked back since.  He admits that even as an expat he is extremely passionate about the region and its people, saying “the Bay of Plenty is such a special and diverse part of the world; it has such unique environmental and cultural attributes, existing side by side with modern industry, which really appeals to me”.

This says a lot given Sam has spent a significant time abroad living & working in several different countries.  Whilst born in NSW and spending time in and around beef, vineyards & cotton farms from a young age, Sam spent most of his high school years in Western Australia.

Sam is well-travelled – all starting with a year playing cricket in England at 18 yrs old – coupled with the fun of living in Europe at a young age.  A stint coaching cricket in Papua New Guinea for Cricket PNG in 2010, was followed by tertiary study back in Australia, Hawaii and Norway, where Sam completed a Bachelor of Commerce and a Bachelor of Laws consecutively.

This led to Sam working for a boutique corporate advisory firm in Perth, where he acted for clients providing advice regarding capital raising and corporate finance.  Upon completing his legal studies, Sam transitioned into a commercial & legal role as an in-house lawyer with one of Australia’s largest engineering and construction companies.

Sam joined Quayside in 2018 as a Commercial Analyst, before moving into his current role as Investment Manager later that year.  Sam doesn’t let the weeds grow under his feet, having started his Masters in Applied Finance this year.

Sam believes his breadth of experience is ideally suited to Quayside given its broad investment mandate. Having experience within both the financial & real asset industries has given him a great understanding of both startups & large-scale projects, something Quayside has been able to leverage off – Sam is a key asset to Quayside’s continued exposure to direct investments in private equity and real estate developments.

Sam is a much-valued member of our team… and then there is Sam’s dog, Winston, who is  fast becoming a favourite in the office!

Back to News + Media
Previous Post
Asset Management – invested in our future
Next Post
Meet Mel, our Corporate Services Manager – it’s all about the people, culture and rugby
Menu