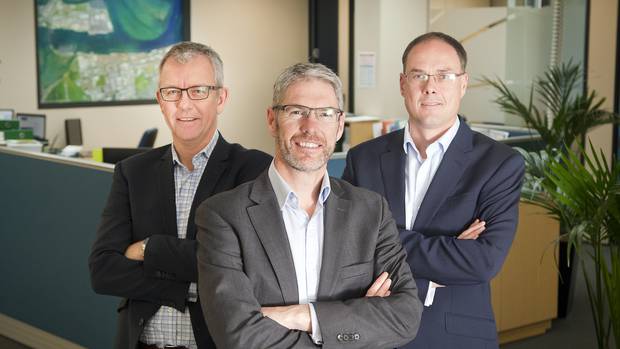 The fund will remain open for more investment until its first close on September 1. The maximum fund size is up to $60m.

“The combination of best-practice fund structure, the investor and manager alignment, and a team with great experience in fund management governance and investment execution were all factors in attracting the high calibre of investors on our register,” said Oriens Capital chairman John McDonald.

The experienced management team includes chief executive James Beale, chief operating officer Peter Tinholt, and chief financial officer David Bell. All are investors in the fund, which has been established to invest into privately owned New Zealand businesses in the $10m-to-$50m value range.

Its focus on regional companies makes it unique in the NZ market.

BOP business observers have noted that Oriens Capital fills a key gap in BOP funding, which is already well-served in the seed and early stage sectors with incubator WNT Ventures and Enterprise Angels.

“It clearly positions Tauranga as having the whole pipeline of funding opportunities. The BOP is now one of, if not the only, region to have that capability.”

WNT Ventures chief executive Carl Jones said the new fund was a great addition, not just to Tauranga, but to the regions. “It gives us flowthrough from pre-seed and seed to the expansion stage,” he said.

“Utilising the skill base of our team, and our strong regional networks, we can provide businesses with access to scarce growth capital and also facilitate ownership succession for private businesses.”

Bill Murphy, executive director of Enterprise Angels, said the new fund would be good not only for the regions, but also for the country.

“It’s great to see that capital will be made available to regional companies that may be overlooked by big centre funders,” he said.

“Having a fund that is specifically looking at developing expertise in regional businesses is a real positive.”

Neil Craig, the founder and chairman of broking firm Craigs Investment Partners, and an Oriens Capital director, said the fund would provide capital for already successful businesses who wished to expand further, or who wanted to put in place a succession plan to new ownership.

“It will enable expansion and investment to be funded regionally, and create opportunity for additional jobs and growth as well as a financial return for the investors.”

Prior to joining Knox, he was a director in the private equity finance team at Barclays Capital investment bank in London, where he led a team of finance professionals supporting multiple private equity funds. He began his career at KPMG, where he spent six years in the Auckland, Moscow and London offices.

Mr Bell said last year he “saw the light” and relocated with his family from Auckland to Tauranga for lifestyle reasons.

He had been aware of the possibility of the Oriens Capital launch and when it was clear the fund was going to become a reality, he was tapped for the role.

“I’m delighted to be involved in Oriens Capital,” he said. “I see a real opportunity in this space. The fund will be uniquely positioned in an under-served part of the NZ marketplace.”

“Priority One’s role includes attracting skilled talent here. And when you have that talent, not only do businesses come here, but you see more local business growth as well.”