Tauranga: Boom times in the bay 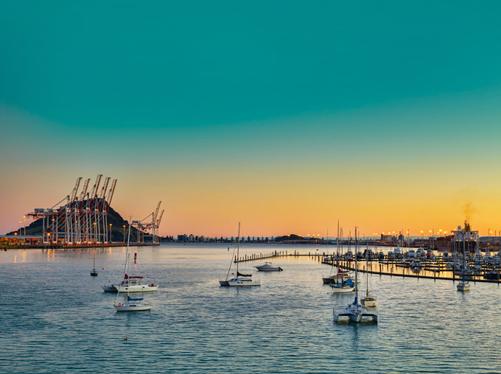 Built around New Zealand’s best-performing port, Tauranga is in buoyant mood, doing the business in horticulture, construction, tourism and technology.

No longer a blue-rinse, Winston Peters-voting backwater, Tauranga finally gets a university this year. To be precise, it is a new satellite campus of the University of Waikato, but local business leaders, including Neil Craig, founder of Craigs Investment Partners, are on a board advising the university on what graduates the city needs, which will help set the courses to be offered.
Craig says a university has been a missing link for the city. “Young people left school and went to university elsewhere, and only some of them returned. A university will help greatly with returning young people to the city.”

Tauranga is already luring smart people. David Bell relocated from Auckland to be chief financial officer at Oriens Capital, a private equity firm that raised $50 million for its first fund. This closed at the end of 2016 and will invest in “mid-market business opportunities in regional New Zealand”.

Bell, who grew up in Gisborne, and his British wife, Sara, returned from England because they wanted to raise their three children in New Zealand’s wide open spaces. He accepted a job in Auckland, but the family didn’t quite get the lifestyle they’d hoped for because the city was so busy and house-price inflation was rampant.

“We didn’t feel that we were achieving the vision we had set ourselves when moving back from the UK,” he says on the Wish You Were Working Here website, which carries dozens of tales of young professionals moving to the Bay of Plenty. Flight from Auckland is a common theme but not the only one.

The website is run by Priority One, which has been the Western Bay of Plenty region’s economic development organisation since 2001. It’s one of several bodies that have worked together to help the region and the city prosper: the average 2.4% annual economic growth over the 10 years to 2016 compares with 1.8% nationally.

Employment growth in Tauranga was 4.8% in the March 2016 year, faster than the national rate of 2.7%. Statistics New Zealand hasn’t yet crunched its regional numbers for first-quarter GDP, but economic analyst Infometrics estimates the city’s GDP grew 3.8% in the first quarter and the Bay of Plenty as a whole grew 3.4%, both faster than the country as a whole.

The city and region also outperformed on growth in traffic flow, which was among the fastest in New Zealand in the first quarter; house prices rose 17% in the city and 21% in the region; commercial vehicle registrations beat the national rate; and retail trade grew at more than twice the national pace.

A poll of Priority One members showed 92% were confident about the future of their businesses and felt the same about the regional economy. Four-fifths expect to grow next year and 72% expect to hire more workers. Priority One chief executive Nigel Tutt says the region is in the North Island’s “golden triangle”. There is great infrastructure, including the Port of Tauranga, and the city has many lifestyle benefits – three of New Zealand’s top 10 beaches on tripadvisor.co.nz, people aren’t neurotic about school zones and the climate is warm.

Tutt says Priority One was the first economic development organisation in New Zealand to be initiated by the business community and “run along business principles of action and results”. Craig says he’s recommended it as a model for other regions.

Another unusual part of the region’s success is Quayside Holdings, the Bay of Plenty Regional Council’s investment arm. What’s unusual is the council has left it alone to flourish, pulling out dividend income of $20.4 million last year. Quayside’s biggest asset is a 54% stake in the port company, which has performed impressively as an investment, with a market value of about $1.65 billion and an interim dividend for the investor this year of about $18 million. It paid the council $53 million for the port stake in 1991.

“Quayside has become an important part of the economy. Its shareholding in the port has had phenomenal growth and built up enormous wealth,” Craig says. “Part of that income is starting to flow back into the community.”

Quayside owns about 19.8% of Oriens among investors that include Sir Stephen Tindall’s K One W One. But it has also diversified into other interests. Quayside Properties owns 126ha of zoned land in the Rangiuru Industrial Park, the largest prospective industrial zone to the east of Tauranga.

It also owns 20% of WNT Ventures, the Bay’s technology incubator, which has invested in start-ups including Dunedin’s Mastaplex, which is commercialising a bovine mastitis diagnostic test; Onesixone, which has a tool for music DJs who use their own lighting; Nyriad, which is developing compression technology to use with big data sets; Avertana, an industrial waste converter from the team behind LanzaTech; and Mint Innovation, which recovers precious metals from electronic waste.

Priority One owns 10% of WNT and another 10% is owned by Enterprise Angels, a membership-based investment network set up in 2008 to invest in early-stage IT companies and agricultural, horticultural and biotechnology companies.

The Tauranga Energy Consumer Trust, which owns 26.8% of Trustpower, also deserves an honourable mention, having distributed dividends of about $400 million to consumers and community groups since 1993.

Jewel in the crown

But the port company is the jewel in the crown. It accounts for 43% of the Bay’s gross regional product and 6.6% of New Zealand’s GDP. Economist Warren Hughes estimated in May that the total impact on the New Zealand economy from the port’s activity last year was $45 billion in revenue and 150,000 jobs.

Port of Tauranga’s recently completed five-year, $350 million capital investment programme has been the most ambitious of any New Zealand port. It’s the nation’s first to crack a million containers a year and is the most productive container port in Australasia.

The spare capacity on its 190ha footprint is the envy of Auckland, where the CBD constrains growth, and it has sneaked into the backyards of both the Auckland and Lyttelton ports to take a greater share of the national freight volume. It has a 50% stake in Whangarei’s Northport and owns half of Primeport Timaru.

Kiwifruit volumes, which dipped after a poor growing season, are set to climb again in 2017, and next year, the port is adding 200 “reefer points” – power points for chilled kiwifruit containers – bringing its total to 2500. The regional economy suffered when a PSA outbreak devastated kiwifruit vines in 2010-2012 but has recovered after mass plantings of the new Gold3 variety, and last year the port signed a 10-year freight agreement with Zespri International and Tauranga Kiwifruit Logistics.

It also has a guaranteed freight load for 10 years from Kotahi, the Fonterra-Silver Fern Farms-owned freight venture, and its harbour dredging, taking it to a consented low-water draught of 14.5m, means it can accommodate the Aotea Maersk, the biggest container ship ever to visit New Zealand, with a capacity of 9500 containers. It also welcomed the SBI Maia, an ultramax class bulk carrier that collected the biggest-ever log and lumber shipment from New Zealand at 53,000 JASM (Japanese Agricultural Standard cubic metres).

In identifying Port of Tauranga as New Zealand’s best-performing port, the Productivity Commission cited three key attributes: its ownership structure (it’s an NZX-listed firm with substantial private shareholding); an owner (the regional council) that treated the port as a financial asset rather than something to control; and a business model emphasising contestability between service providers within the port, such as stevedores.

Chief executive Mark Cairns says the port doesn’t take its role in the Bay lightly. “We very much have to work hard to ensure that we are not seen to take our licence to operate for granted,” he says. “With the rapid growth in the city, the port is often blamed for congestion on our roads, but most of the cargo growth is put on rail.”

In the past few years, road traffic has increased markedly, in particular on the northern approaches to the city, in contrast to the Tauranga Eastern Link Toll Road that ties in satellite centres such as Papamoa to the south-east.

Cairns is a keen diver and saltwater angler; Neil Craig prefers cricket and tennis. Westpac’s Auckland-based chief economist Michael Gordon cites climate as one of the Bay’s drawcards. It’s also within reach of his family and of popular destinations in the North Island.

“If I could do my job from any part of the country, I would move to Tauranga in a heartbeat,” he says.

The Westpac McDermott Miller regional economic confidence survey for the June quarter shows a net 42% of Bay of Plenty households are upbeat, up from a surprisingly weak 17% in the first quarter. Just 2% of Auckland households were confident.

Optimism in the Bay “has been backed by ongoing strength in the horticulture sector, led by kiwifruit, rising tourist numbers and a construction boom to match the rapidly growing population”, Gordon wrote.

Craig moved his brokerage to Tauranga from Whakatane 30 years ago to be closer to Auckland, having gone on a buying spree of small brokerages with business partner Brent Sheather after the 1987 sharemarket crash. They resisted a move to Auckland, although the firm now has broking and investment banking operations there.

“The city has grown up in front of my eyes,” he says. “We’re still growing up. We’re coming of age.”