Mark Hatchman – our jovial Project Manager with a love of sports 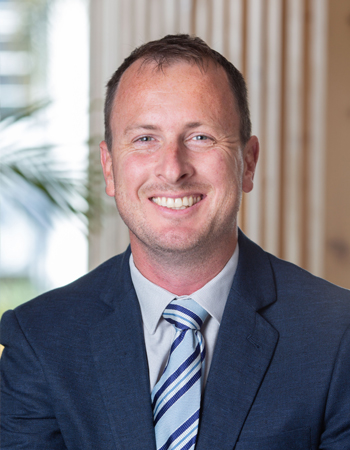 Mark is a man full of surprises, his relaxed, practical approach to things belies a guy who is well travelled and been involved in large scale and complex projects that have been enjoyed by millions of people.

Mark joined Quayside in late 2020 as a Project Manager on the Rangiuru Business Park development, along with our growing portfolio of property. The Rangiuru Business Park has been a visionary project since 2005.  Some would say Mark’s arrival was timed to take the glory with earthworks finally underway!  A Waikato lad, he studied for a Degree in Civil Engineering securing a scholarship with Downer Engineering at the Huntly Power Station before moving to Ravensthorpe on the Western Australian coast for a year working on a large-scale power station.

Mark has embraced every sport thrown at him; touch rugby, cricket, squash, snowboarding, surfing, fishing, wakeboarding – not to mention nailing our Christmas party clay target shooting as well!  After his stint in Australia he decided to focus on his love of past times and spent the next six months travelling through south and central America honing his surfing and socialising skills before making his way to Europe.

Landing a couch to sleep on in London, he contracted to London Underground on the Dalston Junction tube station before taking up a project role for the 2012 London Olympics. Leading a team of over 100, he was involved in a multitude of Olympic infrastructure projects that lasted right through to the actual games.  There are fond memories, including re-laying overnight part of the BMX track that Sarah Walker would win her silver medal on. Testimony to the future foresight of this massive project, ten years later it is still at the front of sport, entertainment and arts; something that Mark reflects on with a good deal of pride in his involvement.

In Europe, he met Jo, an English lass who would later become his wife. Through Dutch heritage Mark was able to come and go into the UK enjoying the proximity of many cultures. They uprooted their lives moving to Sydney where for the first year he worked FIFO in Papua New Guinea before becoming a father to Lila and Lucas.

Like many of us Kiwis, home eventually called.  Mark and Jo moved to Tauranga six years ago – the beaches and sunshine a deciding factor in their search for a home along with the opportunity for both their careers. Mark moved into work for consultants and contractors in land development, delivering some of Tauranga’s leading subdivisions and civil and earthworks projects.

As he embarks on many years of development at Rangiuru, he is very conscious of the importance and rich history of this whenua. He wants this to be a future focused industrial park, conscious of its environment and the opportunity to provide real outcomes for the region.

Mark brings a large quotient of fun to Quayside – he can always be relied upon to bring some levity to a situation! He’s keen, like many of us, to get on a plane and travel when the borders open, taking his children back to England to see their grandparents and cousins and seeing more of the world through their eyes.