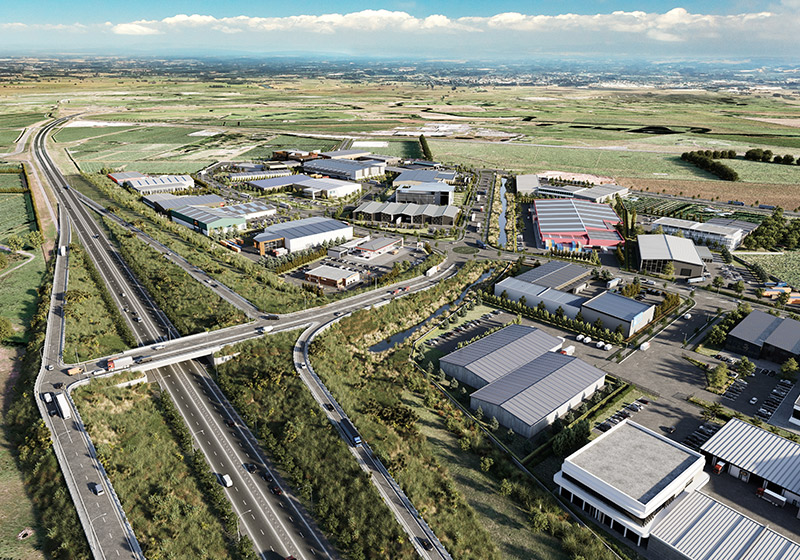 In 2003 Quayside Properties Ltd was established as a subsidiary of Quayside Holdings to facilitate strategic investments in the property sector that would provide social and economic benefits to the Bay of Plenty region.

Around the same time the Western Bay sub-region’s local authorities, as part of the SmartGrowth long term growth management plan, identified the future need for commercial/industrial land to the east of Tauranga to accommodate the growth of Port of Tauranga, as well as the employment growth expected from a rapidly expanding population.

A 162-hectare block of land was subsequently identified at Rangiuru, near Te Puke, for this purpose. The land is strategically placed within easy reach of the highly populous central North Island, including linkages to the Eastern Bay of Plenty, as well as providing efficient access to international markets through direct road and rail corridors to Port of Tauranga.

The political desire to future proof industrial land supply and realise a commercial opportunity saw the land purchase finalised by Quayside Properties in 2005. A three-year process followed as Quayside sponsored and funded a private plan change to rezone the land from greenfield to industrial. Final consent for the plan change was granted in 2008. The land is now deemed part of the urban limit under the Regional Policy Statement.

The $455 million Tauranga Eastern Link expressway, which would considerably reduce travelling distances from Rangiuru to the Port of Tauranga, was originally scheduled for completion by 2030 – aligning well post the establishment of the Rangiuru Business Park. However, the onset of the Global Financial Crisis in 2008 saw plans for the business park delayed. At the same time, the government commenced investment in infrastructure across New Zealand to stimulate the economy. This included bringing forward construction of the TEL after it was named one of seven ‘Roads of National Significance’ and a decision was made to use a toll to fund part of the project. Construction subsequently commenced on the TEL in 2010 and it opened in August 2015.

The proposed Rangiuru Business Park is a significant strategic asset for the Bay of Plenty. The unprecedented business growth across the Western Bay sub-region over the last four years means there is strong demand for industrial land, both now and in the future. Quayside Properties is currently working with the sub-region’s local authorities and central government to put in place the required infrastructure to start developing the park. It is estimated around 4,000 jobs would be accommodated in the area.

On 31 July 2020, The Provincial Development Unit announced an $18 million grant from the Provincial Growth Fund (PGF) for Rangiuru Business Park.